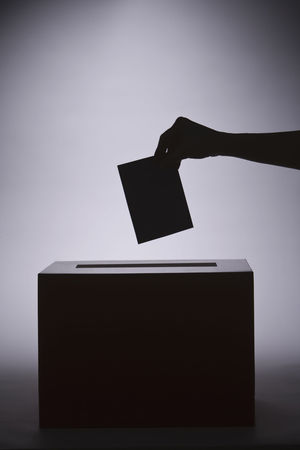 In case you’re wondering, I’m not voting for Hillary or Trump….. onto the story.

I generally have a great deal of respect for Norman Geisler and his works over the years (at least up to “Answering Islam”).

I’m finding my same level of disappointment in his argumentation level as I did 16 years ago when I saw “Chosen But Free”.

His article endorsing Trump for President over on Christianity Today is written very short and straight to the point. Unfortunately, it also ignores a lot of what Trump has DONE and SAID in the past in order to railroad through the idea that Trump is the best candidate.  His points dealt with one by one:

Geisler begins with the ‘lesser of two evils’ fallacy. “Basically, there are only two realistic alternatives in the coming presidential election: stay on the same liberal path we have been on for years or try something new.”

I wouldn’t consider Trump “something new”. Up until he became candidate for president, Trump’s views have consistently aligned with the democratic party. Even his kids forgot to switch their political affiliations for voting prior to the cut off date for changes.

Second, the “there are only two realistic options” assertion assumes that everyone or the majority of people will only vote for one of those two candidates…. because that’s what they are told they have to do. This is fallacious and erroneous reasoning. Even the once radical Bernie Sanders has sold his soul to support Hillary Clinton and drag his former supporters into her corner with the same line of argumentation.

Every election cycle, we are told the same thing: now is not the time for a protest vote, hold off, work with what we have and in a few years, we’ll work on getting better candidates.

When will be the time ? I say the time is now. Vote your conscience, not what people tell you are your only “realistic” options.

Geisler tries to get in front of  the charge that “…..Trump is that he is a flawed candidate”, but simply repeats the two-party mantra again. Further, it’s more than just Trump being a ‘flawed candidate’….Trump is simply another garden-variety politician. He’s done the usual: lied about previous stances and views, pandered to one particular group of people , generally ignored the concerns of others and (worse), refused to deal with elements in his own support base that undermine the very values he supposedly holds to.

What people need to understand is that in order to disassemble the two party system, you have to actually elect people outside of it. It may start small. The Green Party, for example, currently has a little over 130+ folks elected locally in different areas of the country. Jill Stein’s received more press this year than in the past (she’s been her party’s nominee before that). Likewise, the Libertarian Party’s stats are slightly higher (145). Gary Johnson is currently polling around 8%.

Point is, we’re not bound to a two-party system. The two major parties have conspired together to make sure that power does not leech from the two of them to others. They put in place systems which, on an individual level, are difficult to break through. Collectively, however, it is a great possibility. The only thing that individuals need to get over is their “fear of the other guy winning”.

The lesser of two evils….is still evil, Dr. Geisler. Trump isn’t a suspected witch; he has a known history with the known devil, Hillary Clinton. He has a known political viewpoint history via his own words in the past which are on YouTube and other media for anyone who takes the time to look them up.

The one point Geisler makes in his introduction that is solid and biblical is the one regarding staying home and not voting.

Onto his main points:

1. A Vote for the Right to Life (followed by a short statement on how Trump is supposedly pro-life)

How many times does Trump have to contradict himself before people like Geisler will stop believing whatever his campaign says ? Trump isn’t pro-life and never has been.  If your track record doesn’t show what you suddenly hold to as a position, my bet is that you’re lying and pandering to get what you want.

2. A Vote for National Security

Geisler states: This begins with Law and Order because there is no security in an anarchy. Donald Trump promises to be “the Law and Order” candidate who will help strengthen our society and provide freedom and justice for all.

Trump can’t (or won’t) even contain or address his own people attacking minorities who attend his rallies. That’s not fairness, security, freedom and justice for all or treating all life as if it matters.  Spare me.

3. A Vote for International Respect
Geisler states: “No man is an Island” applies to our nation as well as to individuals in it. In a shrinking world, isolationism is no longer a realistic option. America is no longer feared by its enemies or even respected by its friends, chief among whom in the Middle East is Israel. Long ago, God promised (Gen. 12:3) to bless those who bless Israel. But recently, we have given support to a nation (Iran) which is dedicated to Israel’s destruction. Trump has pledged to reverse this self-destructive path.

Actually, Trump has proved the opposite in the international community. Several foreign diplomats have expressed deep issues with what type of presidency they will see under Trump and what kind of relations that means with the rest of the world.  While the US’s standing in the world has been weakened gradually since the 90’s under EVERY president since Clinton (though Clinton was much more adept at international issues and diplomacy), the last twelve years have shoved us over the edge. The last eight alone, primarily because of our own infighting and inability to produce a united front on the world scene, and our own home-grown hypocrisy regarding human rights issues  (how can you care about human rights abroad, yet tolerate discrimination and the murder of the unborn at home ?) have made many of the so-called American values a joke to non-Americans.

4. A Vote for the Supreme Court

Spare me the Supreme Court mantras.  Plenty of people nominated to the court as conservatives, switched to be liberals.  I place no faith and value in the supreme court of the United States to hold the country back from its’ current downgrade.  Trump is only on record for conservative judges to get elected.

Besides, National Review already dealt with the “Trump Card” of the Supreme Court issue.

5. A Vote for Religious Freedom

Geisler states: “Recent liberal policies have separated these two things and have transformed “freedom of religion” into “freedom from religion.”

Christianity thrived under Roman occupation and persecution.  I’m not worried about which candidate will supposedly guarantee freedom of religion. I have a feeling that both will press for freedom from religion. People forget (very quickly, I might add) that much of the downgrade in terms of religious beliefs having a place in the public square came about under the Bush presidency.  Much of it fomented in the background during the early Bush years and became full-blown during the latter years. The DaVinci Code (2006), Religulous (2007) and Zeitgeist (10/1/2008) were released during this time period, as was Christopher Hitchens’ book God is not Great (2007).  These media phenomena (and others) have helped to shape public opinion. In many cases, they simply gave an excuse for others to all the more “hold down the truth through their unrighteousness” (Romans 1:18-23).  These have been problems in the culture all along. They simply began bubbling more to the surface in recent times.

A real concern is in the media and entertainment arena. Much public policy and public opinion are being swayed by these things more than by politics and politicians.

6. A Vote of National Prosperity

Geisler opines: It seems to me that Trump’s policies on taxation, regulations, balancing the budget, and immigration will promote national prosperity better than his competitors. He is a proven job-creator, and his competitor is not.

Trump is also a proven life-destroyer. Anyone paying attention will notice that Trump’s consistent pattern with his business investments is to ride them until they are no longer profitable, abandon them, file for bankruptcy, avoid taxes and move on to the next investment. I don’t think this is a healthy pattern of doing business as each of these businesses he has dissolved cost some people their entire livelihood.  I don’t think it will promote national prosperity.

And of course, Trump shirts and suits and made in China and Mexico. NAFTA is good when it works for you….bad when it contradicts the politics you’re promoting.

7. A Vote against National Corruptions.

This line of argumentation is kinda laughable. Trump is friends with the Clintons.  Not just associates. Friends.

Trump’s foundation is currently being investigated.

He’s just as crooked as Hillary is.

Sadly, I’ve actually spent time arguing these same points against Hillary, which goes to show that both candidates really are the same and propped by both parties in order to preserve the two party system.

For an alternative and much more Biblically-centered viewpoint, I highly recommend Darrell Bock’s article on Christianity Today. Give it a read. I will not choose between the tornado or the category 5 hurricane. Both cause damage, destroy property and lives.